Managing errors in a distributed system are usually tedious. Infinitic makes our life easier, by automatically keeping trace of the chain of errors. Infinitic even let us code the reaction to errors directly from the workflow!

Error when processing a task

Tasks are processed within workers. If an exception is thrown while processing a task, the exception is caught by the worker and the task is automatically retried according to the retry policy.

Once all retries have failed, the worker tells the workflow the task has failed with a WorkerException. This exception has the properties below:

Serializing exceptions is error-prone. That's why we "normalize" them into a WorkerException format.

What happens in the workflow depends on whether it is waiting for the task to be completed or not:

If the workflow expects the task result

This is the case when we dispatch a task synchronously and also when we are waiting the result of a Deferred<T>. In this case, a FailedTaskException is thrown inside the workflow with the properties below:

Also, if another client or workflow expects the result of this workflow, it will see a FailedWorkflowException: 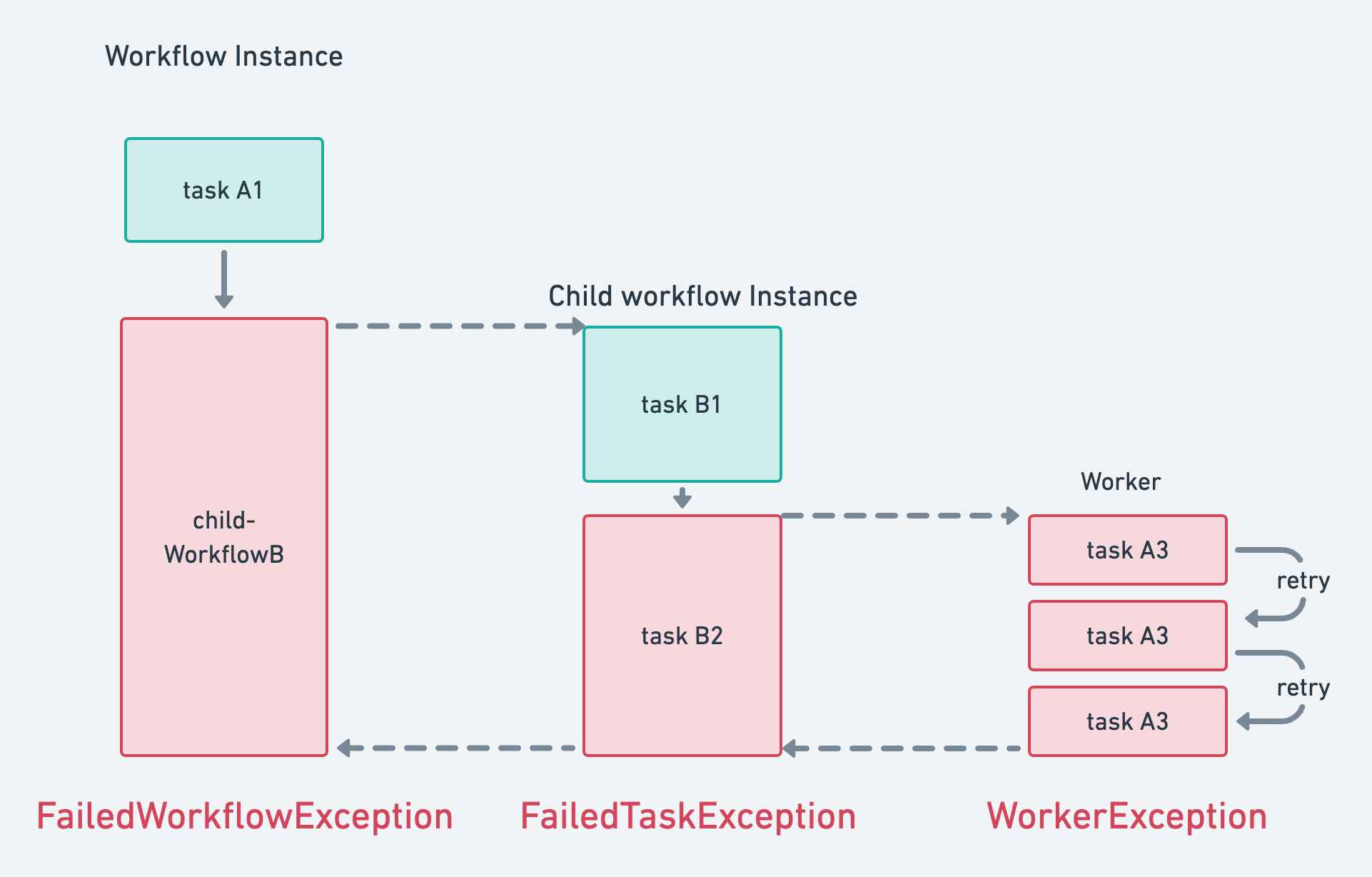 FailedWorkflowException has the properties below:

If the workflow does not expect the task result

This is the case, when we dispatch a task asynchronously, or for a task in another method running in parallel.

In this case, the task is failed, but the workflow continues without error, as the failed task is not on the main path. But if the workflow waits fot the result later, then a FailedTaskException will be thrown then: 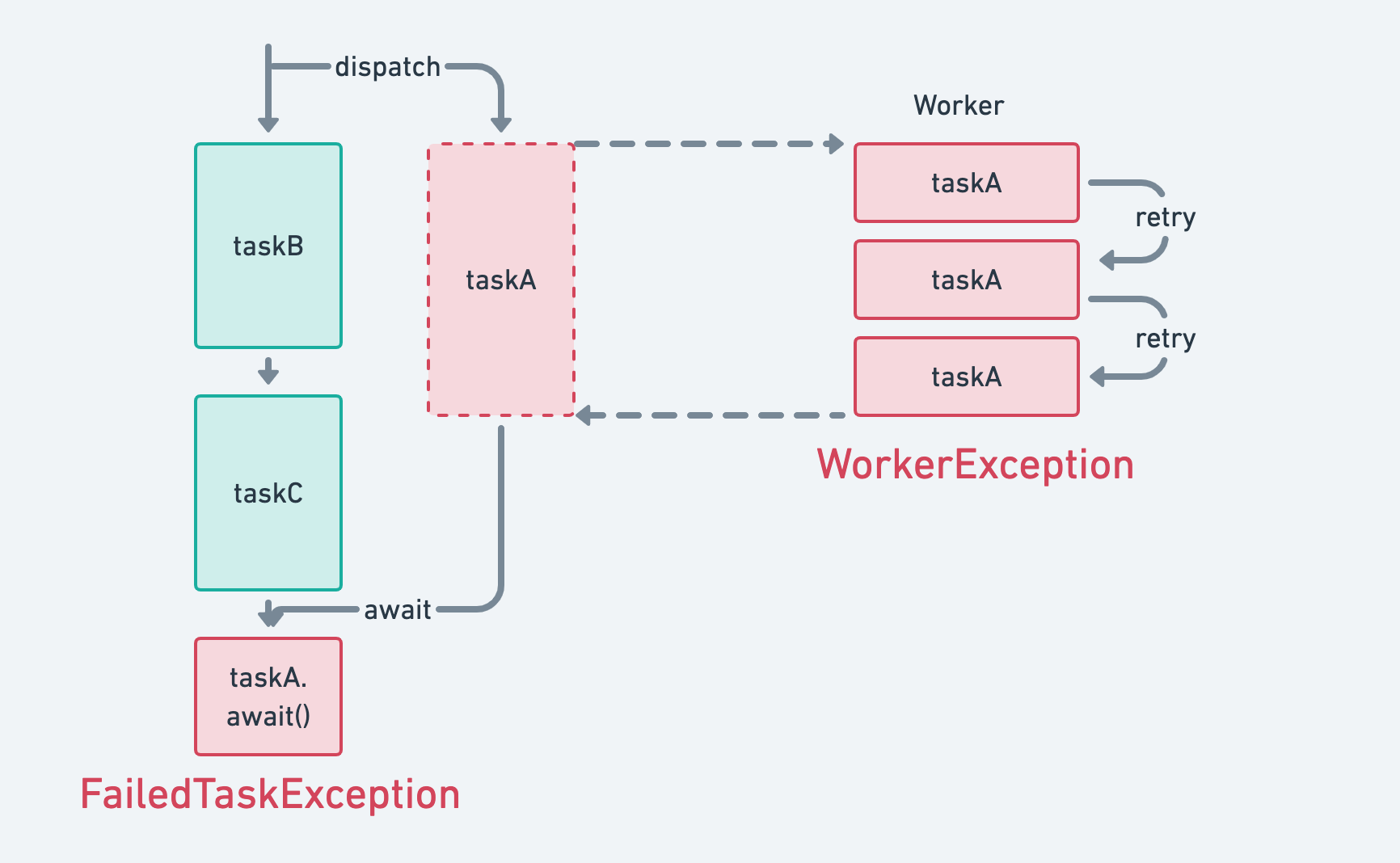 Errors due to cancellation and more

All those exceptions inherit from io.infinitic.exceptions.DeferredException

Try/catch in workflows should be used only for situations when we need to react to unexpected failures. If we expect some failures in our task, a better practice is to catch them directly in the task and send back a status object as a result.

DeferredException and its sub-classes are the only relevant exceptions in workflows. We must not catch any other exception.

If a DeferredException has been caught in a workflow, it can not be resumed anymore (see below).